Creep is a found footage psychological horror film directed by Patrick Brice and co-written by both Brice and co-star Mark Duplass. The title of the film provides a basic description of the plot. Young videographer Aaron (Patrick Brice) is hired by Josef (Mark Duplass) who claims to be dying of cancer and wishes to record a video diary for his unborn child. However, it soon becomes clear that Josef is more than just strange, and Aaron is right to be creeped out and then some. The tension slowly builds, as Josef’s facade of normalcy slips away, and his behavior becomes increasinly erratic. Aaron goes from merely uncomfortable to frightened for his safety.

The film is one of many collaborations between Duplass and Brice. Mark Duplass has achieved success as a writer, director, actor, and producer, earning widespread acclaim for indie films such as The Puffy Chair and Jeff, Who Lives at Home. Brice is newer to filmmaking, with Creep being his first feature-length directorial effort, made soon after his graduation from film school. Creep is the first found footage outing for Duplass and only his second horror film, after 2008’s well-received Baghead.

Creep originated from a basic concept developed by the Brice and Duplass. With themselves as the only on-set crew, they began filming without a script, improvising dialogue and allowing the plot to develop naturally. In interviews, the duo stated that they initially conceived of the film as a black comedy; however, over the course of filming and editing, they found themselves moving in the direction of straight horror. Moments of dark, absurd humor remain, but in context they only enhance the subtle, psychological horror of the film. 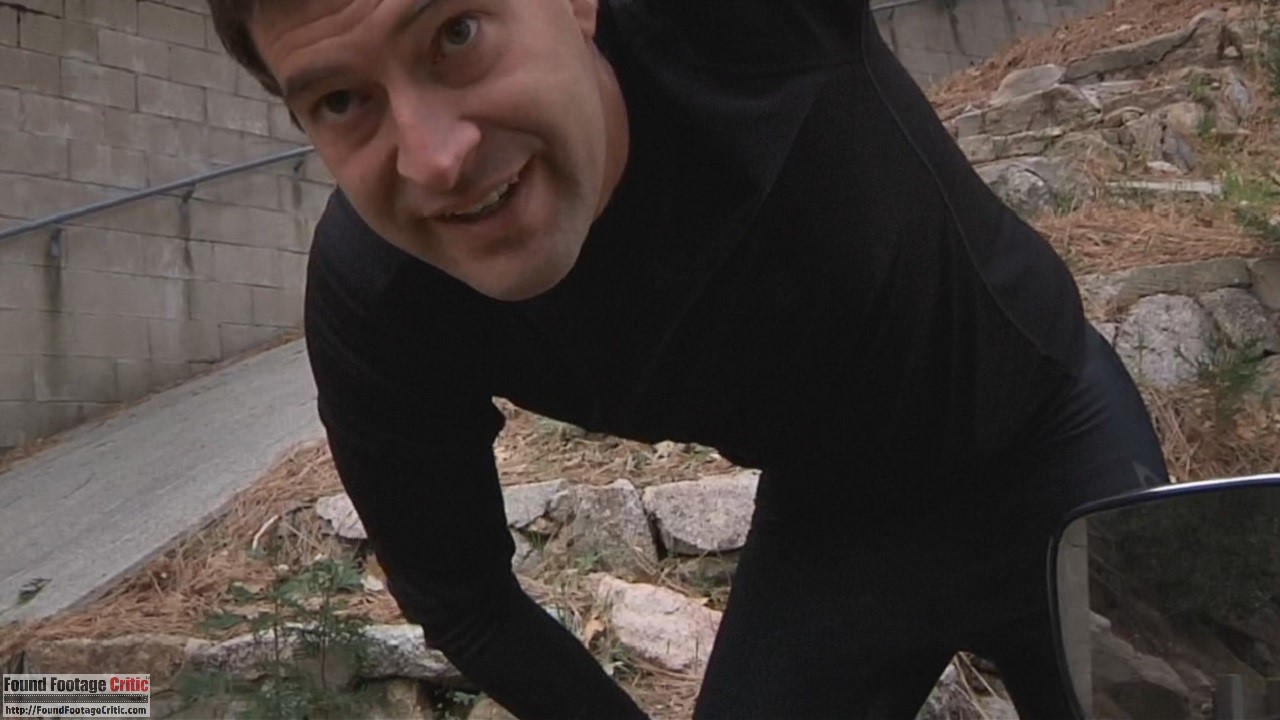 Creep skillfully integrates the reason for filming into the plot, as the best found footage films do. Aaron is a professional videographer and the entire reason he enters the plot is to film a video diary for Josef. The reason for filming is the inciting incident, and the footage itself eventually becomes a crucial plot element. There is only one sequence in which it is unbelievable that Aaron would keep filming. He is terrified and desperately trying to escape Josef’s house, worried that he could be attacked at any moment, yet still still keeps the camera on. He might have simply been lugging the camera along, having forgotten to turn it off, but instead he appears to be holding upright and intentionally filming. At the end of the scene, Aaron does eventually drop the camera, when he’s physically attacked, which somewhat makes up for the prior strain on believability.

In the second half of the film, there are several scenes in which Aaron speaks directly into the camera about his situation and thoughts. This is justified both by his character’s desire to record evidence of what is happening and by his relationship with his camera. Filming appears to be a source comfort to him, as he turns to it when he feels most frightened. The way in which talks into the lens, as he would to a friend or partner while in fact he lives alone, reveals Aaron’s underlying loneliness, darkly echoed in Josef and playing into the underlying theme of lonely people searching for connection. Creep maintains near complete found footage purity throughout, avoiding non-diegetic music, out-of-place editing, and intrusive title cards or credits in the main body of the film. There is only one scene which slightly deviates from this trend. The camera lens has been covered and a character’s dialogue is heard slightly muffled. Subtitles are added at the bottom of the screen. However, even as the only artificial addition to the main body of the film, the subtitles are incorporated subtly enough not to distract from the naturalism and immediacy. It must be said, though, that the dialogue was in fact audible enough that the subtitles could have been removed without losing clarity. The simple setup of Creep aids it in establishing a sense of realism. There are no supernatural elements, minimal sets, and almost no special effects. The film’s dialogue was mostly improvised and the skill of the two leads creates a natural flow to the story. The stripped-down production, bolstered by diligent adherence to found footage purity, creates a thoroughly immersive sense of realism and immediacy. The plot of the film draws upon a fear common to anyone who has used a social media site such as Craigslist: connecting with a stranger online only to find that in person they mean you harm. Josef is an archetypal boogeyman for the digital age.

There are only two special effects shots in in the film, one being added camera glitches, with the other more prominent. The second appears to be practical and is shot in an understated manner that, especially in the context of the overall realism, causes it to hit like a punch. For the most part, the cinematography is consistent with what would be expected from a professional videographer in this given situation, neither excessively shaky nor unrealistically steady. In one scene in which Aaron is in a physical confrontation, the camera tumbles to the ground and the image glitches. One of the most haunting shots in the movie is filmed by a camera propped up far away from the action, in an attempt to hide it from view.

The filmmakers play with the limited scope of a single camera in a scene where Aaron pretends to turn off the camera, but in fact only covers the lens. The speech that follows, which signals a powerful shift in the tone of the film, is heard over a black screen, only enhancing the disturbing quality of what is being said. An additional layer of complexity is added with the incorporation of shots wherein characters film with one camera a television playing footage from another camera. 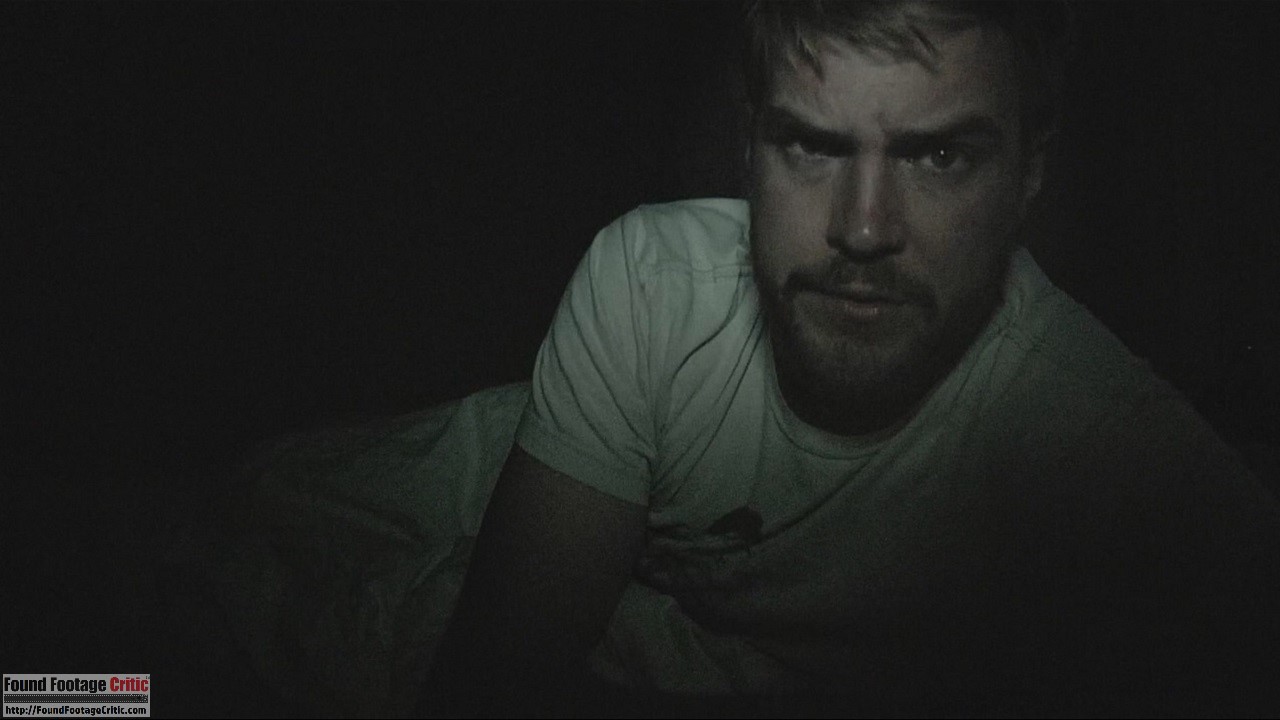 The plot of Creep is in essence a very straightforward one of a predator (Josef) and pursuing a victim (Aaron), with no subplots or additional characters to distract from this tension. However, it is this very simplicity of structure which allows the actors-cum-writers to build a nuanced take on these archetypal roles. The film succeeds in slowly building suspense and transforming a general sense of unease into terror. In lesser hands, the jump from mildly creepy to outright dangerous could have been jarring and unconvincing, but here is believable and organic. A great strength of the film is the way in which it develops the relationship between the two leads, superbly portrayed by Patrick Brice and Mark Duplass. This relationship is revealed to be deeper and much more complex than the simple game of cat and mouse it appears to be. The last few minutes of the film present an excellent, unexpected, and disturbing twist, which adds depth and meaning to everything that has come before.

Many reviewers have criticizes the film for what they see as an inherently homophobic subtext. This interpretation isn’t entirely groundless. Josef is openly, physical affectionate towards Aaron in a way that would be unusual for most straight men. He describes at length how close he feels to him and that he is happy with their friendship, even after having just met. Josef goes on to say that he loves Aaron and presents tokens of affection. This makes Aaron clearly uncomfortable. At one point, Josef even strips down in front of Aaron, apparently thinking none of it. These reviewers see the film as based around the straight fear of the predatory homosexual.

On the other hand, Aaron doesn’t appear specifically perturbed by those aspects of Josef’s behavior that could be interpreted as romantic themselves: only their excessive forwardness and later the implicit threat to his safety. His reaction never comes across as one of homophobic disgust or fear at the prospect of male affection. And, aside from one line alluding to his being attracted to women, the film never states outright that Aaron is heterosexual, having him once refer to an “ex” but pointedly not specify gender. Josef’s exceptionally forward behavior is presented in such a manner that likely to disturb someone of any orientation. Although some viewers might be exasperated by the potential subtext, it is far from the only possible interpretation. The acting in Creep is first-rate. Mark Duplass is phenomenal in the role of the titular “creep,” Josef. This character could easily have come off as ridiculous and over-the-top in the hands of a lesser actor. Duplass, though, is able to toe a delicate line, wherein Josef is at once terrifying and also very human. He is creepy enough that the audience understands Aaron’s growing worry, but with enough of a veneer of normalcy to justify why he doesn’t immediately run away. Moreover, Duplass make the audience understand Josef’s motivations, even as his behavior becomes increasingly disturbing. Josef is at many points distressingly relatable.

Patrick Brice plays Aaron with similar complexity, providing a perfect foil to Duplass. Aaron is immediately likeable and believable as an average twenty-something strapped for cash and finding himself in far over his head. At the same time, Brice adeptly portrays the character’s exceptional kindness and innocence, contrasting and meshing with Josef’s destructive obsession and manipulation, while keeping the character realistic. Even more challenging than portraying a villainous character such as Josef can be making a pure, goodhearted character like Aaron come across as believable, but Brice meets the challenge. In his hands, Aaron is one of the most engaging found footage heroes. When a videographer answers a Craigslist ad for a one-day job in a remote mountain town, he finds his client is not at all what he initially seems.

CREEP is a thoughtful and disturbing found footage psychological horror film which shines with excellent acting, stripped-down production, and a tense and realistic atmosphere.
9.5